The Dean Martin Show was one of the most successful and popular shows in American history.  But even popular shows begin to decline and that started to happen for Dean Martin in 1973.  In an effort to boost ratings a new feature of the show called “Man of the Week Celebrity Roast” was added to the show.  Martin would have a celebrity guest seated at a banquet table, who would then be ridiculed, chided, and insulted about their career by fellow celebrities.  It worked.  The audience loved it.  Instead of signing a new contract for The Dean Martin Show, they started “Dean Martin Celebrity Roasts”.

The “roasts” were widely popular and The Dean Martin Celebrity Roasts ran on NBC from 1974-1984, with a series of 54 specials and shows.

Time Life Music has brought back all the hilarity of these roasts on the 6 DVD set compilation Dean Martin Celebrity Roasts.  Watch the who’s who in the hot seat like Jimmy Stewart, Sammy Davis JR, Jack Benny, Michael London, Kirk Douglas, Joan Collins, he even roasted George Washington!

Securely Mounts to Dashboard or Windshield

A Pillow Pet That GLows! 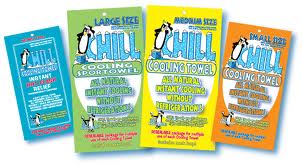 Available in a Variety of Styles

Expands Up To 3 Times Its Length